/!\ THIS GAME IS NOT FINISHED!  /!\ We had to publish it for being able to submit it to the game jam. It is still under development.

This game has been made during the Finish your game jam 2020 by PIGSquad. We started the game during the jam, the traditional way, based on the 'Cutting Corners' theme, and finished it afterwards. (Yes, we kinda went with it the opposite way.) We are a team of 6 friends, almost all from the same programming school, 42 in Paris.

The game is presenting a spoonie as the main character, and you will have to learn to live during a week with a limited number of spoons every day. Each task costs a certain number of spoons, and if you want to have enough energy left to go to your brother's wedding at the end of the week, you will have to spend them wisely... There is also a daily minigame where we tried to implement the struggles and frustration that being a spoonie sometimes, or often, brings.

A spoonie is a person to whom the spoon theory applies. The spoon theory has originally been invented by a woman suffering from Lupus, to have a way of representing her levels of energy in a visible manner, her disease being invisible, after her best friend asked her what it felt like to have Lupus. The spoon theory can apply to any chronic illness, moreso the invisible ones, whether they are physical or mental. Non-spoonies have an unlimited number of spoons, but spoonies always have to evaluate and prioritize their actions, because some days they just don't have enough spoons to do everything they want to do - shower and dress, buy groceries, go to work, ... You understood it, they have to 'cut corners'.

@Eclahn (he/him) and @Eviber (he/him) are our two developpers and are still students at 42. They implemented the visual novel and, of course, coded all of the minigames.

@Mel-Kus (they/them) is our narrative designer, they are currently studying game design in Montreal at ISART after finishing 42. They created the characters, wrote all of the narration and worked on the balancing as well as some help for the minigames' design.

@everchild (she/her) is our pixel artist, she stopped 42 and is now teaching programming to kids through the creation of video games. She wanted to try on pixel art and decided to use the game jam as the occasion for it.

WaFoo (he/him) (not yet registered on itch) is our composer, he is also still studying at 42, but being passionate about music and music composing, that's the role he took on for this game.

@oDa_wa (he/him) is the only one not from 42. He met WaFoo online and is the artist behind all of the visual novel assets, and any other graphic asset that is not pixel art. 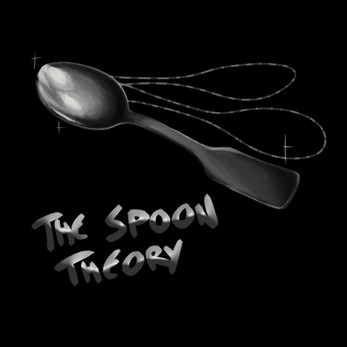